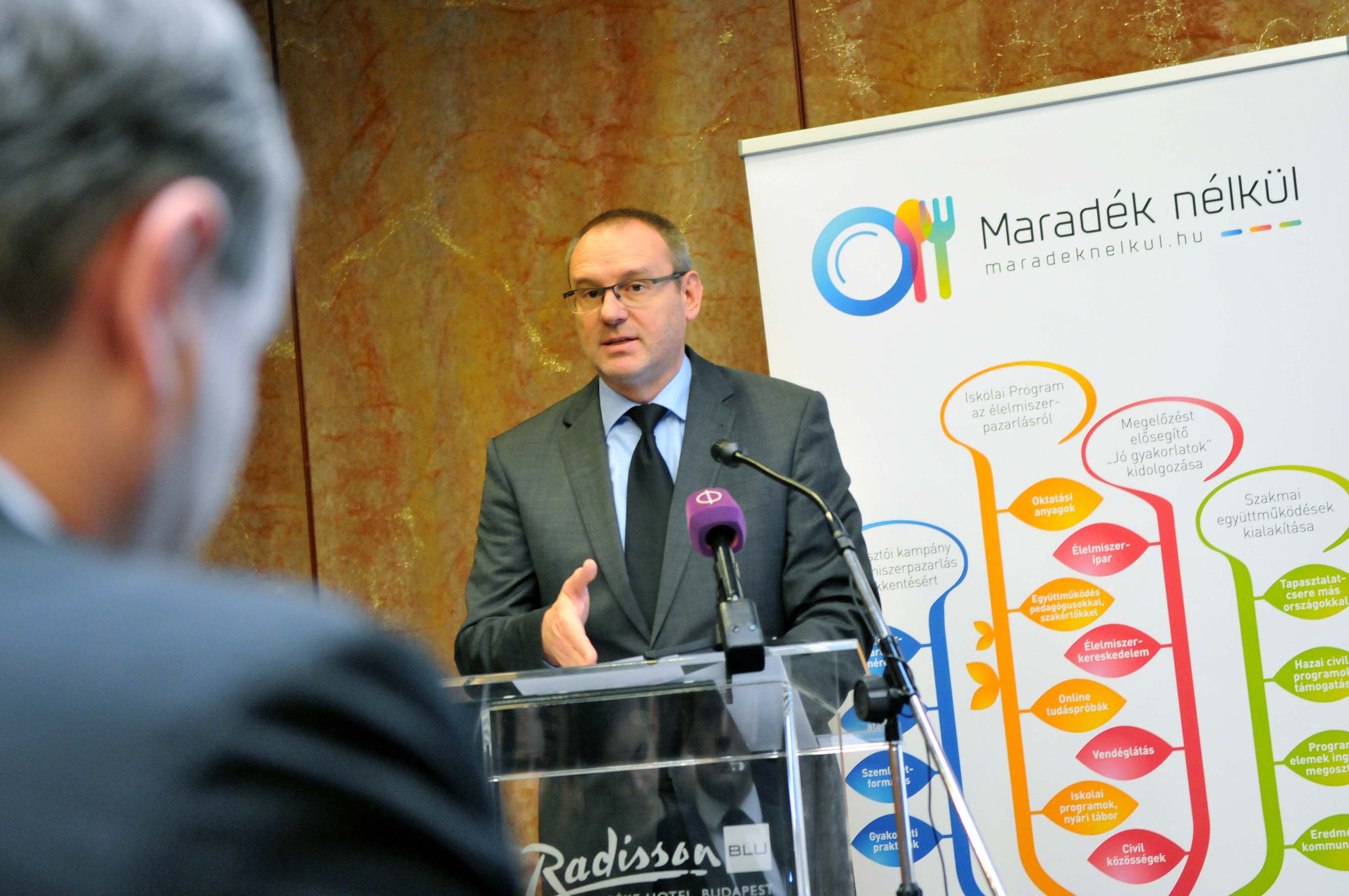 Nearly 150 interested people came together on 18 November to the opening conference of the campaign called ‘Wasteless: NÉBIH against food waste’.  In this one-day event the four-year campaign of the office started its work.

Conference opener Róbert Zsigó said: based on EU’s assessment, in Hungary 1.8 million tons of food waste is generated per year, from which 20%, about 400 000 tons was originated from households. According to a research carried out in 2014 by the Faculty of Food Science of Szent István University and the NÉBIH, this means 46 kilograms of food wastage per capita. A more important statement of the research is that one third of this amount could have been avoided with conscious consumer behaviour. Expressed in money, it means, that a three-member household’s food wastage is about 50 thousand Hungarian Forints. Wastage cause not only economic losses but it has a significant environmental impact. Mr. Zsigó said that the present campaign initiated by NÉBIH will work to solve these problems in the next 4 years. The purpose is to reduce the amount of food wastage until 2020 by 8-10% with the help of awareness-raising campaign. However, to achieve the goals, a continuous cooperation of the food chain participants is needed. On the event, Áron Thuróczy, a representative of UNIS’s Food and Agriculture Organization (FAO) presented the Organization’s work against food wastage and loss. Márton Oravecz DVM, chairman of NÉBIH talked about the Office and its complex role, Gyula Kasza PhD introduced the construction and the expected results of the next four years of Wasteless. Representing the enterprises, Réka Szöllősi, executive director of ÉFOSZ talked about food industry’s voluntary undertakes. Balázs Cseh, chairman of Hungarian Food Bank Association presented about the delivery of unnecessary but yet edible food to people in need.

The day was closed with a round table discussion, in which the different members of food chain debated about the causes of wastage generation and possible solutions.