Pyramid, coffee, truck – What is the connection? 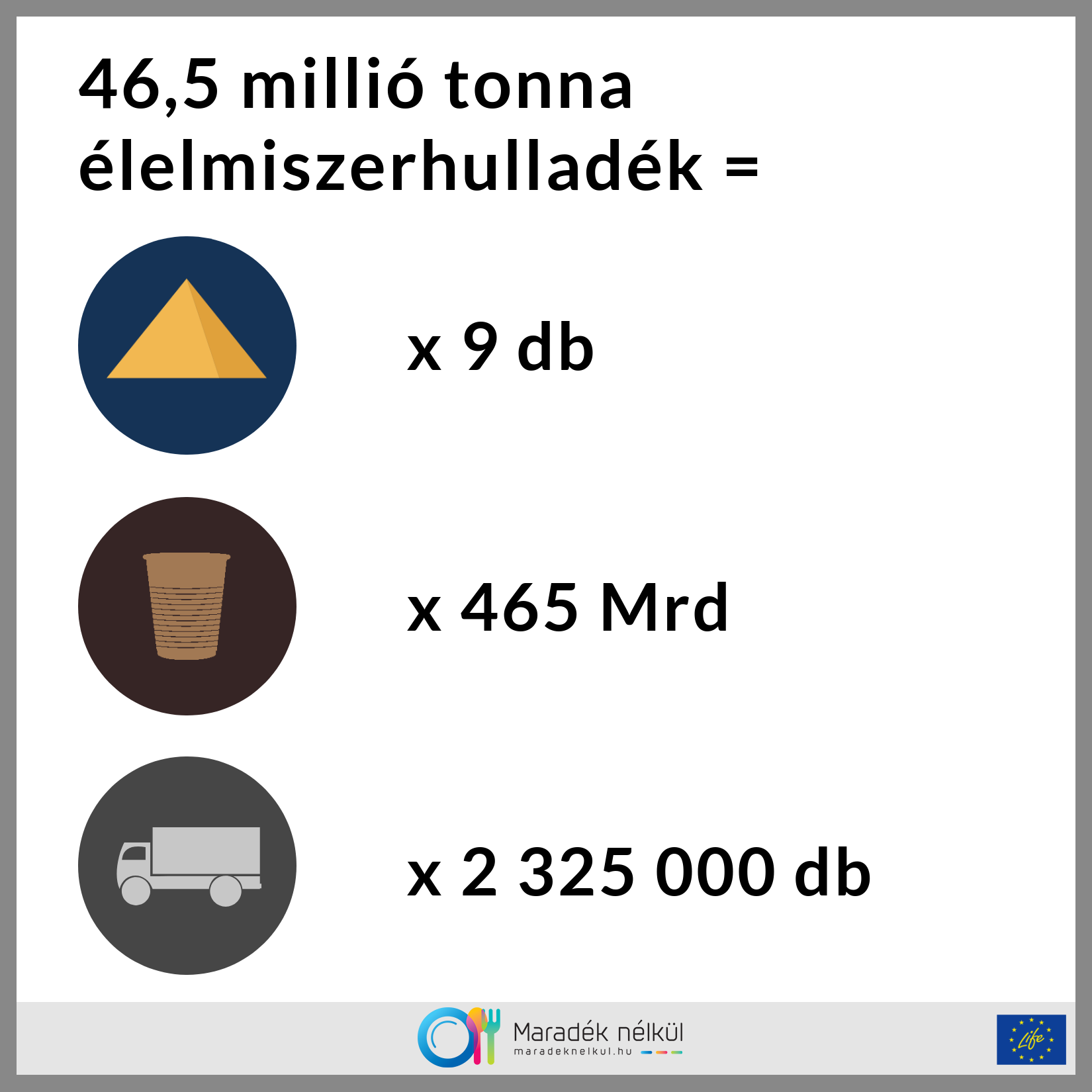 Around 46.5 million tonnes of food are wasted annually in the households of the EU.  It might be quite difficult to imagine this amount, so we have taken a piece of paper and started to count. Let’s see what this amount is equivalent with!

Conversion to a cup of coffee from a vending machine might be a tangible example for coffee consumers. If we consider a cup of coffee as 100 ml, the food that gets into waste is equivalent with 465 billion cups of coffee. If the entire world’s population (currently about 7.6 billion people) consumed coffee, we could enjoy this amount for 20.5 years when counting with 3 cups a day.

And how long would it reach if we put wasted food on trucks? Calculated with 13.6 meter per vehicle, with a capacity of 20 tonnes, the queue would be longer than 31 620 km (if the distance between the vehicles were not taken into account) which – including 2 325 000 trucks – would be only slightly less than the Earth’s equator (40 000 km).

Of course, these numbers refer to the total amount of food waste produced annually by the 28 countries of the European Union, which thus includes food waste that could not have been avoided. Typical examples are banana peel or chicken bone. However, we could do a lot for our environment if only the half of this amount could be prevented.